The Center for Women’s Resources joins the families and friends of the disappeared, advocates and human rights defenders, in renewing the calls to end involuntary disappearance and human rights violations in the Philippines.

The abduction and disappearance of Elizabeth “Loi” Magbanua, Ma. Elena “Cha” Cortez Pampoza and Elgene Mungcal add to the long list of names of activists and community organizers who were forcibly taken and disappeared. Data from human rights organization Karapatan showed that there had been 254 victims of enforced disappearances in the Philippines — from the Arroyo administration up to July 2021 during the Duterte administration.

Last May 3, Loi Magbanua, a labor organizer and women’s rights advocate, was abducted along with fellow labor organizer, Alipio “Ador” Juat. A few days later, Ador communicated with his family, informing them that unidentified men abducted and forced them into separate vehicles. The two are believed to be detained against their will in a military camp.

On July 3, peasant organizers and human rights defenders Cha Pampoza and Elgene Mungcal went missing in Moncada, Tarlac. Before her disappearance, Cha’s family had been subjected to harassment by uniformed personnel of AFP and PNP.

We urge the public to express support for the families and friends of victims of enforced disappearances and other human rights violations, especially with the widespread climate of impunity. The impunity enjoyed by perpetrators of enforced disappearances and extrajudicial arrest and detention is exacerbated by Duterte’s Executive Order 70 – the ‘whole of nation approach’ that intensifies brutal attacks towards activists and human rights advocates. It is high time to raise our voices and speak out against these rights violations and demand justice.

Finally, we challenge the Marcos administration to show its sincerity in addressing the spate of involuntary disappearances and human rights violations in the country by revoking Duterte’s EO 70, dismantling the NTF-ELCAC, and promptly ratifying the International Convention for the Protection of All Persons from Enforced Disappearance. 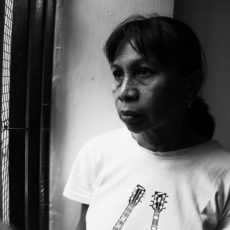 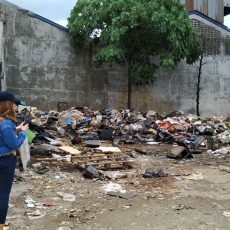