The Center for Women’s Resources enjoins everyone to stand for women, and with women for the 2022 National Elections.

As the official campaign period for national positions begins today, February 8, we call on all women to amplify their voices and ensure that candidates for electoral positions prioritize the welfare of women and heed their calls for genuine change.

In the last six years, we have witnessed the decades-long exploitation and oppression of Filipino women worsen, especially those belonging to the basic sectors. Under the Duterte administration,they have experienced further economic and socio-political crises. Duterte’s adherence to the neoliberal agenda continued to prioritize profit of corporations, landlords, and the ruling elite instead of the welfare of ordinary people, aggravating inequality and maldevelopment in the country.

Deregulation of prices of food and other basic commodities have severely impacted the lives and livelihood of women who carry multiple burdens at work and in their homes. In 2018, the implementation of TRAIN Law caused the inflation rate to surge from 3.45% in January to 6.7% in September of the same year. Furthermore, workers in the National Capital Region experienced the least and lowest wage increase compared to past administrations, with only two wage hikes in the last six years, with a cumulative percentage increase of 9.4%.

Agricultural liberalization through ease of restrictions on imported products and lack of support for local food production leave farmers to suffer in landlessness and debt. One year after the implementation of the Rice Tariffication Law, local rice farmers lost an estimate of Php 68.18 billion as palay farmgate prices fell by Php 3.62 per kilo. The price of palay also dropped to as low as Php10 per kilo in 2020.

When the COVID- 19 pandemic hit, the already detrimental conditions of women and their communities were aggravated even more. Lockdown restrictions close down factories and offices leaving thousands of women unemployed. Peasant and indigenous women were prevented from going to their farms and tending to their livelihood, while millions lost their livelihood in the informal sector. Women continue to suffer hunger, poverty, landlessness, and joblessness in the middle of the deadly virus spread. These conditions further put women vulnerable to gender-related abuses.

The failed government response of militaristic lockdowns, arbitrary detentions, and lack of enough social amelioration has further pushed women to find means to survive every day. Repressive policies such as restrictions of mobility and transport for unvaccinated individuals also exist today. Amid all these, shrinking of civic space and direct attacks against rights defenders continue.

This election season, we challenge political aspirants to veer away from failed neoliberal, repressive and corrupt policies and instead, support the women’s agenda. We challenge them to make a commitment to prioritize the rights and welfare of women and children when elected in public office, to uphold transparency and accountability. We call on everyone to reject candidates with records of misogyny, plunder, and human right abuses. It is our duty to ensure that those who perpetuate abuse and continue to misrepresent, belittle, and disrespect women, be removed and prevented from staying in power.

Furthermore, we call on our sisters in the struggle to make our votes matter and be vigilant against any form of electoral fraud and violence. Importantly, we call on all women to continue to stand in the frontlines in our fight for genuine change for ourselves, our families, and our communities. # 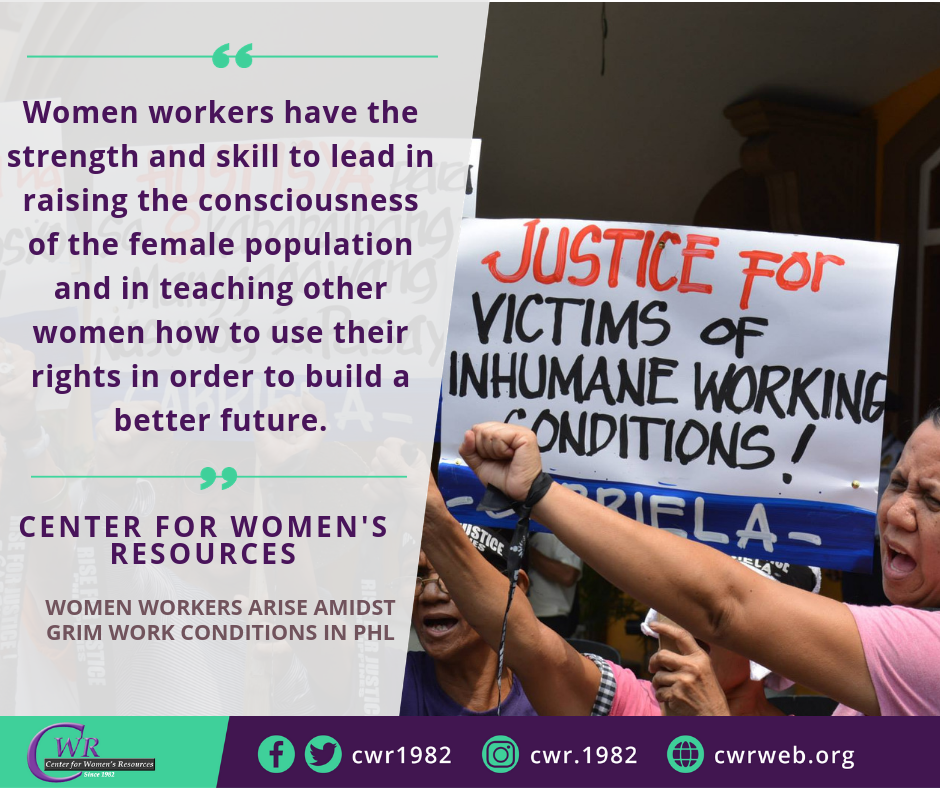 On the Recent Price Hikes